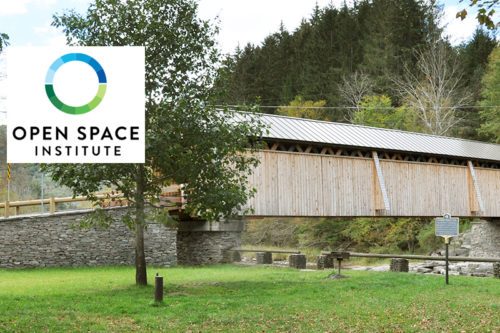 The Beaverkill Covered Bridge, which was rehabilitated earlier this year featuring stone masonry work by Kelly Masonry & Design, Inc., has received the 2017 New York State Historic Preservation Award to honor excellence in the protection and rejuvenation of a beloved state historic landmark.

At the Awards Ceremony in Albany on December 7, 2017, Patrick Kelly and his work was mentioned in remarks by Patricia Adams of Friends of the Beaverkill Community. Her full remarks can be read here (see page 3). 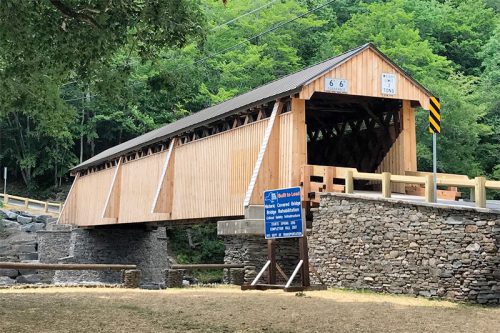 A rehabilitation project led by New York State Department of Transportation concluded with a grand re-opening of the Beaverkill Covered Bridge in the Town of Rockland in Sullivan County. Kelly Masonry & Design was responsible for replicating the stone veneer that was once affixed to the old approach ramp. Both eastern and western abutments were reconstructed by the DOT and resurfaced by Kelly with the same fieldstone that once adorned the 150+ year-old bridge; the re-use of the original stone was coordinated by Patrick Kelly to the delight of local preservation enthusiasts.

The Beaverkill Covered Bridge was reopened today, June 21, 2017, at a ceremony attended by State officials and members of the local community. John Adams, co-founder of the Natural Resources Defense Council and member of the local preservation community, publicly acknowledged Patrick Kelly and his talents to the large crowd of attendees.

Here are some additional photos of the completed bridge: